America, Too Much Violence

America, Too Much Violence 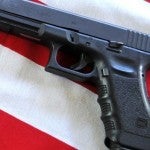 I am writing this blog in response to the excellent blog that Nathalia Siekavizza, wrote, at my request, for this website.

Yes , it is true as Nathalia says that when we think of Colombia, most of us think of guns, cocaine, and perhaps the recent scandal in Cartagena. Perhaps the opposite is true in the United States: we who live here think of a country that is free and without the kind of violence experienced in Colombia.

But what is violent? Is it any less violent that a youth of twenty years executes more than twenty  people in a school in Newtown, Connecticut than the drug trafficking in Colombia?
Today, a friend told me that here were no less than sixteen incidents of mass shootings in the United States in the last year. I couldn't believe it.    Why? Well no one knows the answer. All I know is that when I see one of my friends with her son on Thanksgiving day who is shooting police officers on a video game, blowing apart their skulls, like they were egg shells that there is something wrong. It is impossible for empirical studies to show how much harm video games and television violence causes our youth. But common sense tells us that our youth are becoming sensitized to living in a world where violence is impersonal, easy, and unaccountable.

I am glad my father taught me to hunt. I have watched several animals die–. I am not a hypocrite. I eat red meat, but I know that I don't like watching any animal die.

When I was young, all of the items around me were tactile. Now, our friends, our lives, and our existence is cyber. Recently, a pilot of drones who kills people for the United States government indicates that he still feels accountability though the people he kills and the “collateral damage” killed children and family members are thousands of miles away and anything but a video game.

Yes, Colombia has overt violence. When I am there, I always sit with facing the door so if anything happens, I might have a chance to escape. The violence in the United States is more covert. We sanitize it and explain it away by saying that the perpetrator was mentally ill . But why so much more of it now and not when I was young? Weren't there mentally ill people around then?

Maybe Colombia is not quite the “paradise” that Nathalia portrays. But I also know that the United States isn't either. The saying “bring me your tired huddled masses” or something to that regard almost seems whimsical to me today when we prosecute everyone who tries to reach this country without all the years of red-tape and documents necessary to come here.

I admire Nathalia for her patriotism toward Colombia. I wish I still felt the same way about this country. Only by extending the kindness talked about by Justice Kremer and with the return to the values that Nathalia Siekavizza has discussed in her country can we once again raise ourselves from the good to the great, “the land of the free and the home of the brave.”

We have so much to learn from Colombia and all other countries. Americans live in a bubble. I urge all of you to travel and to reach out and to experience the best of all countries. And I urge you to abandon stereotypes in place of reasoned conclusions.

As the owner of the Law Office of Russell Babcock, I am proud to be a San Diego criminal defense attorney who has represented the nationals of Colombia, Ecuador, Panama , and Mexico, among other countries in many cases.

Justice Kremer you were right: In this country if we are to avoid the kind of violence that occurred in Connecticut, we must all be more kind to each other,

Violence starts with an unwarranted harsh word and can end in death. I think all of us feel in this country that “enough is enough.”