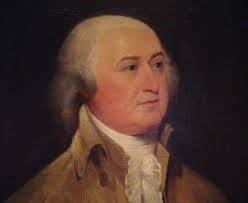 Almost every time that there is a sensational crime, especially an act of terrorism, my friends, work associates, and clients, ask me, “How can you defend people like that?” Most recently I have been asked by many individuals if I could defend the surviving Tsarneav brother, who is accused of being one of the bombers in the Boston Marathon case.

As a criminal defense lawyer, I am called upon often to defend individuals and causes that are unpopular. In the criminal justice system, the defense lawyer is the only person in the system who fights for the rights of the defendant.

There is a long American tradition of lawyers defending the unpopular. John Adams, the second President of the United States, defended British Captain Preston for his role in the Boston Massacre, when several British troops shot unarmed Americans. Even though defending “those kind of people” made Mr. Adams unpopular in the short run, he was still found to be fit to be an American President. Even many American historians don't know that Abraham Lincoln was a criminal defense attorney.

The short answer is yes:  “I would defend Dzhokhar Tsarnaev because as a criminal defense attorney I am duty bound to help all accused individuals. I am not a judge and here to judge indviduals, but my profession requires me to ferret out and expose the good that is in all of us. I often remark in my criminal sentencings, “none of us are as bad as the worst deed we have committed in our life.” As a criminal lawyer, my job is to be a spokesperson for the less eloquent and to make sure that the whole picture is presented to the judge, the prosecutor, and if necessary, the jury.

One of the criminal defense attorneys I admire most is Judy Clarke. She selflessly devotes her life to defending those who people might consider the dregs of society. She goes where there is a death penalty, but when she is finished with her work, almost always the death penalty is not given. She successfully defended The Unibomber, Susan Smith, and the man who killed the District Court judge and wounded the U.S. representative in Arizona. Now, thankfully, Judy is part of the defense team for Mr. Tsarnaev.

Most members of the public do not realize the stress and person toil that defending the unpopular can take on the life of the defense attorney, who often receives as kudos for the work death threats and hatred.

In the case of Mr. Tsarnaev, I can see many possibilities of a defense. First, he is presumed to be innocent, and to date, the publc doesnt' have all the facts in this tragic case. It appears that he was strongly under the influence of his older brother. He also has a complete lack of record for violence which makes his case troubling and confusing. Sometimes a good defense involves only fighting for the life of a client such as Mr. Tsarnaev and saving him from an execution.

As a San Diego defense lawyer, I must be prepared to fight, even at great cost to my physical and mental well-being. Many times my clients are not people who I would invite to dinner, but I am still proud to defend them.

More criminal defense attorneys need to follow in the tradition of John Adams and Judy Clarke. Every human life, including of those accused of heinous crimes is sacred. I am proud to be part of a system that holds the government to the highest level of proof. And I am proud to be as one client wrote about me , “one of those rare and vanishing breed of criminal defense attorneys who is a real fighter for my clients.”

Yes, it would be difficult for many reasons to defend Mr. Tsarnaev, but I would do so without reservation.