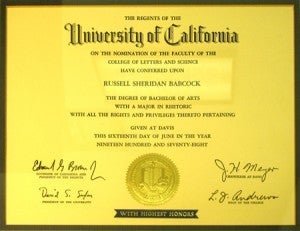 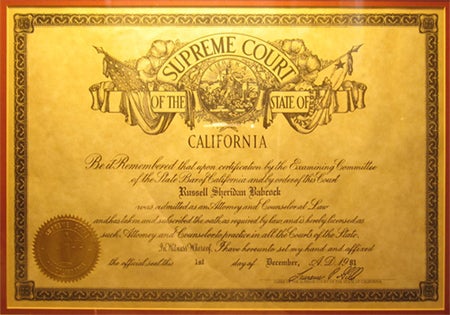 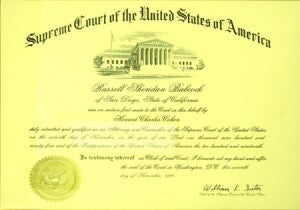 Deputy District Attorney
Sacramento, California – January 1982 to May 1982
Duties included: representation of the State of California in criminal jury trials. 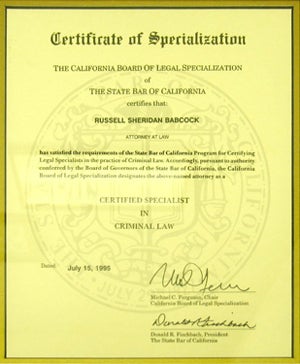 People v. Covarubbias (SCD 197098) (San Diego Superior Court, 2007)
I achieved an acquittal in a first degree murder case. The client was facing a mandatory life sentence. The cient was cleared of all charges and freed.

People v. Vargas (S101247) ( California 2006 to present)
I was appointed by the California Supreme Court as counsel for appellant in his appeal from a judgment of death.

People v. Abilez (S066377) (California 2001 to present)
I was appointed by the California Supreme Court as counsel for appellant in his appeal from a judgment of death.

People v. Pena (D031165) (San Diego, California)
I assisted an inmate on appeal in having his thirty three year sentence overturned by the appellate court and negotiating a new disposition where he would only have to spend less than two remaining years in custody.

People v. DePriest (S040527) (California 1998 to present)
I was appointed by the California Supreme Court as counsel for appellant in his appeal from a judgment of death.

People v. Beck (NA031210) (Long Beach, California, 1996)
Defendant was charged with attempted murder which carried a life with parole allegation. I negotiated a disposition resulting in a three year sentence and conviction for a non-serious felony.

People v. Kasim (D021800) (San Diego, California, 1994 – 1995)
Appellant sentenced to life imprisonment for aggravated mayhem conviction stemming from a complex conspiracy allegation involving the Kurdish community and Iraqi politics. I obtained an order to show cause on an evidentiary hearing and reversal of appellant's conviction. The Deputy District Attorney who prosecuted the case was discharged for job-related misconduct.

People v. Ochoa (S009522) (California, 1991 -1998)
I am counsel for death row inmate on direct appeal and habeas corpus proceedings. The record on appeal consists of more than seven thousand pages.

Wyoming v. Venable (CR62-12-85) (Wyoming, 1991)
I worked as a Special Prosecutor for Teton County in a case involving numerous counts of fraud by an attorney. This case consisted of approximately 50,000 pages of documents.

The Top Attorneys in San Diego (2008 and various years to present)
I am honored as one of the top 5% of attorneys in the United States by “Super Lawyers”.

I am proficient in the Spanish language.