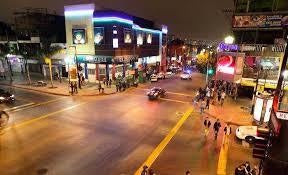 The United States-Mexico border uncoils like a serpent over its 1,954 mile distance, starting at the beach in Tijuana to its final tip in the desert of Texas.

The disparity of wealth between the North and the South creates a culture of economic opportunity but also a zone rift of crime including methamphetamine, cocaine, heroin, and marijuana smuggling as well as visa and passport fraud, economic crime, gun smuggling into Mexico and alien smuggling.

Drugs flow North to the greed consumers in the United States and money is returned South. All one has to do is cross a kilo of cocaine and there is an opportunity to make a quick $10,000. It is no wonder that this area has its own sub-culture and that the allure to make a quick buck has converted this zone into one of the highest crime zones in Mexico and the United States. In Tijuana-San Ysidro alone 12,373,000 cars crossed into the United States in 2011. There were an almost equal number of pedestrians. An untold number of these cars has illegal compartments and illegal contraband, which included narcotics and people.

No other attorney in San Diego has as much experience with federal border crimes as Russell S. Babcock. He lived in the border zone for more than three years including residency in Playas de Tijuana and Colonia Francisco Villa in Tijuana. He speaks fluent Spanish (español) and he knows the life and the culture of the United States-Mexico Border. He is here to help you or a loved one when you have been arrested at the port of entry.

The federal border zone is a land of exploitation and mistakes. There are the “blind mules” who are tricked into carrying drugs back into the United States. Do a google search of “blind mule attorney” and you will find that Russell Babcock is the undisputed expert in California, and even in the U.S. on blind mule cases. Russell Babcock recently published his first novel, ”The Blind Mule.” 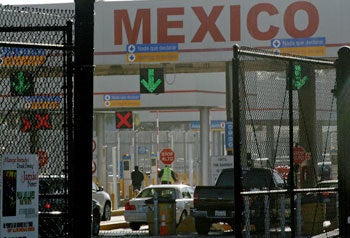 Many young people, including females age 18-24 are tricked or pressured by boyfriends ”novios” into breaking the federal criminal laws and carrying drugs into the United States. “Just do this one favor for me and don't ask questions. You won't get caught.” Unfortunately, many fall prey. The federal government is unforgiving. When you or a loved one is arrested, your criminal defense attorney is the only one standing between you and the loss of your liberty.

We are not here to judge you. We are here to help. And we present your case to the judge to explain the context of the arrest and the favorable attributes of the accused. As a former prosecutor and criminal defender for more than twenty-five years, Mr. Babcock understands that your arrest does not define you. To the contrary, it represents an aberrant moment in most individual's lives.

When the evidence is strong and when the client wants it, we fight hard to reduce your sentence, often achieving a reduction of six or seven years or more from what the government initially recommends. And we are not afraid to go to trial when the client chooses. Mr. Babcock won one of the largest drug cases in United States history…not guilty eleven tons of cocaine.

The federal government has passed severe penalties for drug smuggling. And it is not a defense if a person “looked the other way” and did not know the type of drug or quantity they were carrying.

If you are arrested for a federal border crime, you need the best criminal law firm . At the Law Office of Russell Babcock, the attorney is here for you virtually seven days a week and twenty four hours a day to help.

The penalties vary widely for drug offenses. We have helped clients break the federal mandatory minimum, qualify for “safety valve” and saved many years of clients lives. The penalties for federal alien smuggling depend on the number of aliens and the economic gain. We are experts at negotiating the best outcome for you.

We look forward to helping you when you are misled or succumb to pressure in the border region.

Have you or a loved one been arrested and/or charged with illegal immigration, illegal alien smuggling or other border crossing crimes?