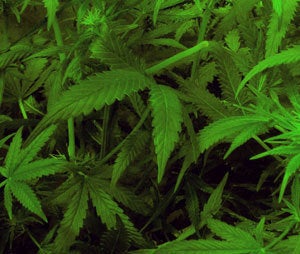 The Three Most Prosecuted And Abused Drugs.
Methamphetamine is a synthetic white crystalline substance synthesized from pseudoephedrine and other chemicals. It initially causes increase energy and libido, but the long term effects are often paranoia, addiction and an assortment of health problems. Congress has made the federal penalties for methamphetamine (“meth”, “speed,” or “cri-cri”) among the most severe because of its high potential of abuse.

Methamphetamine was initially manufactured in clandestine labs in Oregon and San Diego County in the style of the popular T.V. series, “Breaking Bad.” The

War on Drugs” pushed the manufacture of meth South to Tijuana Mexico and Guadalajara. It is cheaper to manufacture there, but the manufacturers have to find a way to have it cross the borders to arrive to the voracious United States consumers. We have been defending federal and state methamphetamine charges for more than twenty-five years.

Cocaine is a concentrate derived from the coca leaf, a shrub in South America. While the coca plant has numerous attested health benefits including helping alleviate stomach ailments and altitude sickness, the very concentrated cocaine powder has the potential for addiction and over dose. The penalties for first time cocaine possession, sale, or manufacturing are serious. We have more than two decades of experience defending state and federal cocaine charges.

Heroin is a concentrated drug derived from the opiate poppy. There are lots of other opiates including opium, morphine, darvon, codeine, oxycontin, and oxycodone. All are illegal unless a prescription is possessed.

Opiates are pain relievers that also cause euphoria and sleep. This includes the dangerous drug fentanyl, which is a synthetic opiate more than fifty times stronger than heroin. Opiates have the serious side effect of an addiction that can lead to severe withdrawal or death. We are the defenders of opiate related crimes keeping many individuals out of prison for opiate related offenses.

We defend all drug related charges
The illegal narcotics trade has led to the enactment of numerous federal and state criminal laws. We defend simple possession of controlled substances. On a more serious level we defend in the manufacturing of these drugs, transportation of drugs, possession for intent to sell, and drug conspiracy.

Russell Babcock is a former prosecutor of drug cases. It requires a special expertise to defend federal drug crimes including learning how to read “line sheets, the police reports that show who in the drug conspiracies are placing telephone calls to others, search and arrest warrants, evaluation of the reliability of confidential informants (CI)'s , testing the probable cause for search and arrest, and setting bail and defeating “federal detention” in federal court. We are experts in the federal sentencing guidelines, achieving “safety valve”, the Holder amendments, and 5K1.1 assistance when necessary. Attorney Babcock had twenty-four years of experience with the federal CJA panel of the Southern District of California until he broke away to fully make his office more independent. He has handled drug cases from Alaska, Arizona, North Carolina, and all District of California. Russell achieve an acquittal on the largest case to date on a boat for cocaine transportation, eleven tons of cocaine !

Likewise, we defend all state drug prosecutions. The procedures are quite different than in federal court. We are experts in achieving low sentences and we go to trial when desired and necessary for the client.

In short we are the one-stop boutique law firm for all federal and state drug and related charges. Call today for your free consultation at 619-531-0887. We look forward to helping you.