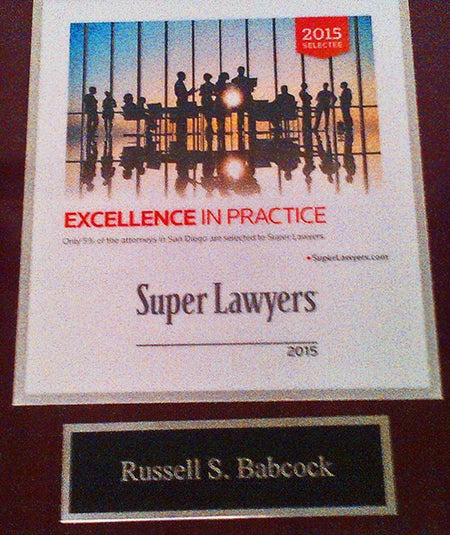 Russell Babcock has been voted a SuperLawyer for 2015 for his outstanding defense in federal and state criminal cases. Only 5% of attorneys qualify for SuperLawyers. While Russell has won many awards for his outstanding San Diego crminal defense work, he especially pleased with this award because it requires an independent nomination, a confirmation by his peers, and his being voted in by a special committee. “The practice of law is like being a surgeon,” Russell says. Not only is academic background important, but also skills that are honed over more than three decades of work.