The Blind Mule with Eleven Tons of Cocaine

The Blind Mule with Eleven Tons of Cocaine

The largest seizure (10 tons) of cocaine on a boat in United States history and Mr. Russell S. Babcock's client being found not guilty of all charges. Alexandre Chagovic, a sixty seven year old electrician and seaman from St. Petersburg and Blind Mule, had never been in trouble before. He accepted employment in South America in 2001 on a long line fishing vessel, the Svesda Maru. Soon, after he set sail to fish, the American coast guard boarded the vessel . It was obvious that the U.S. government had received a tip that there were drugs that had been planted aboard the vessel. It is truly ironic that my client was expected to know about the drugs when U.S. officials could not find them for five days and only after drilling holes and pumping fuel throughout the ship. The 11 tons of pure cocaine were well- hidden in a fuel hold. The law allowed the United States Coast Guard to tow this boat to San Diego even though it was in the open ocean five hundred miles off the coast of Mexico and more than fifteen hundred nautical miles from the United States . 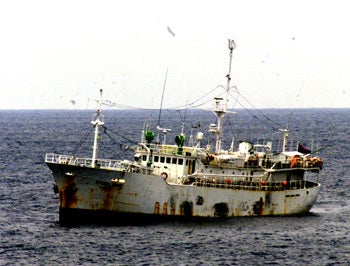 My client languished in jail for more than three and one half years as the government spent millions of dollars trying to convict him and every single crew member including the cook. Unfortunately, for the United States government, the defendants had a judge who was fair and allowed me to travel to Russia to gather character evidence on my client's behalf. The first trial resulted in a hung jury for my client primarily Svesda Marubecause the government brought in a paid informant from another country who admitted making false statements under oath in the first trial and who said all the clients knew about the drugs. Before the second trial, I went to Ecuador , Panama , and Colombia to refute the claim of the government that the drugs had to have been loaded at sea. If they were loaded at sea, then all of the defendants would have had to have known and participated in the smuggling. My investigation showed that the it was probable that the drugs were loaded in the private ports of Ecuador before my client ever boarded the vessel. My client is a free man now, but he has lost three and one half years of his life waiting for a verdict in a country that is supposed to have the best justice system in the world. Many people ask me if I like being a defense attorney and “how I can defend those kind of people”? The answer to the first question is yes and the second question is that unfortunately “those kind of people” can be anyone –perhaps your father or mother, a sibling or even you, yourself. I am not a “criminal” defense attorney. I help people who have made mistakes in their lives and I make sure that the government does not convict the innocent. I am in the process of writing a book about this landmark case, the first case where individuals on fishing boats seized by the United States coast guard were found to be not guilty. It will be my second publish both art more information will be on the website about it when it become available “Blind Mule at sea”.